Smart meters are measurement devices that have additional capabilities. Smart meters are being employed to measure consumption of electricity, water, gas, and other such commodities. Some of the more common additional capabilities include transmission of the readings to a centralized collection point like a server, include date and time of readings, estimate usage, even conduct analytics, and some advanced meters can also take decisions like increase or decrease loads, identify theft, and so on.

In this report, we focus on Smart Energy Meters. Smart Energy Meters is also often referred to as Smart Electricity Meters. The complete report includes a detailed analysis of the various trends in the development of the technology of smart energy meters, the important players and their intellectual property assets, the products available currently, market trends; all with a view to give a fair assessment of the current situation and projection into the potential future developments.

A broad search string that included the terms ‘Smart’, ‘Energy’ and ‘Meter’ and their respective synonyms was run in the Full Text on Orbit database in January 2019. The bibliographic details as well as the claims, legal status among other relevant data of results set emanating from the search was then downloaded into a spreadsheet for further analysis. The results were initially screened by scanning the title, abstract and claims, to identify the relevance of each record. After eliminating the irrelevant ones a total of 3541 records remained. This was then used for further analysis.

The appropriate data was then extracted using the tools available in spreadsheet for the analysis and subsequent suitable representation, which is given herein, and the following parts of the report. 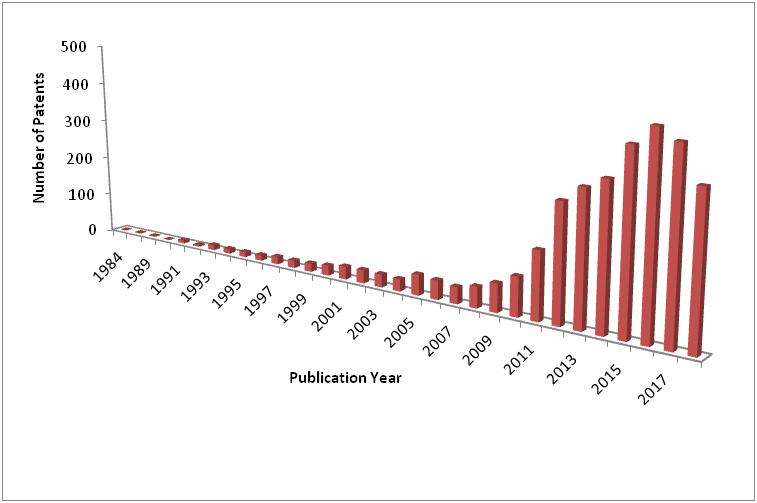 Figure 1. Plot of number of patents published over the years.

Figure 1 shows that the patenting activity generally started in the 1980s and it saw a consistently slow growth over the next 2 decades. Subsequently, the patenting activity increased exponentially since the 2000s, with a tremendous increase since the 2010s. This trend of increasing patents filed and/or published can generally be seen across all technologies. One of the main reasons attributed to this include increased awareness about patent systems globally since the millennium.

Figure 2 shows that Chinese patent office publish significantly higher number of patent applications than any other country. This is a direct reflection of the number of patent applications in their respective countries too. USA is a distant second to China. It is also interesting to note that 3 of the top 5 jurisdictions publishing patents in this technology include the Asian powerhouses China, Japan and South Korea. 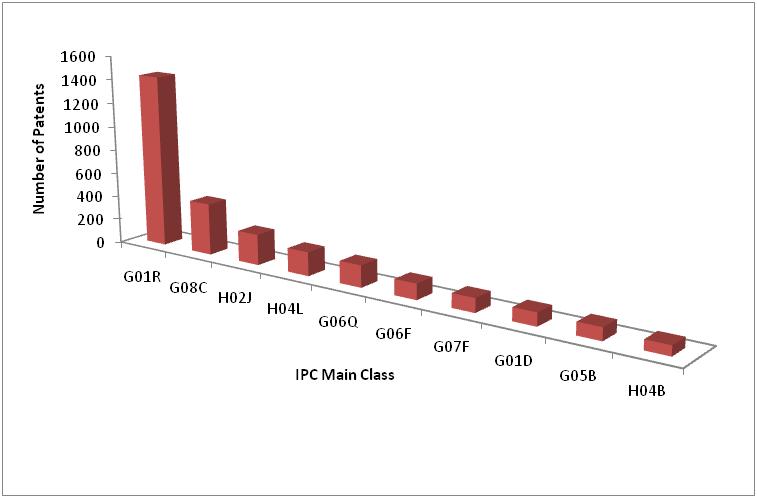 Figure shows the top 10 Main IPC Classes in this technical domain, and Table 1 gives the definitions of the respective IPC Classes. As is known, every patent is classified into one or more IPC Classes based on the IPC Classification system. While this IPC system has been replaced by the Cooperative Patent Classification system recently, some of the older patents may be more accurately classified under the IPC system and hence the IPC class was taken into account for this study. Further, for the purposes of this analysis, only the main Section, Class and Subclass were taken into account, because to obtain a gross overview, this level of distinction is sufficient to get some detail, without getting into further details that a Group and Subgroup would yield.

Figure 4 shows that State Grid Corporation of China, abbreviated as SGCC for visual convenience, has the maximum number of patent publications in this field. While other players have a significant portfolio, SGCC has an overwhelmingly large number of patents in its portfolio. The other prominent players in this field such as Itron, Toshiba, Aclara, Landis+Gyr all have a significant presence among the top 10 assignees. Other assignees who might be expected to feature prominently such as ABB but are not present here may be due to the fact that they are more involved in developing and building Smart Grids, and not necessarily in the Smart Meters technology per se.

In part 2, the report gives further insights and details on the development of technology by the prominent players over time.


TABLE 1. Definitions of the most common IPC classes for patents in AMR and AMI technology